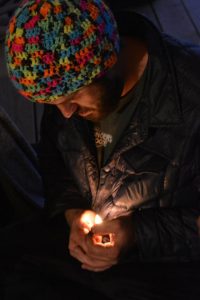 James Elrod became interested in the medicine back in 2009 and began his journey with Ayahuasca by brewing his own medicine and holding ceremony for himself. After about a year of personal growth and integration, he headed to Peru to learn to work with the medicine on a deeper level and study the traditions of the people of Peru. Whilst there, James, studied with Don Enrique. Enrique is originally from the RoaBoya community near Pucallpa, he now lives in Iquitos and leads the eight week initiation course for the Ayahuasca Foundation. Don Enrique comes from a long line of Shipibo curanderos, and began studying with his grandfather at the age of eleven. It was the winter of 2010 when Jay became Don Enriques student and stayed with him in Peru. In those times he learned the art of ceremony, brewing, and working with groups via different traditional techniques and laid the foundation for the beautifully organized ceremony held today. Shortly after his training, he returned to the US to begin holding ceremonies and sharing his lessons from the jungle. This is where the most integral part of his training took place. Bringing the medicine back to our western culture would prove to be challenging but rewarding, and over the many years the ceremonies evolved from a few people to the large community we have today.  Jay became certified as a Sapo Practitioner in 2014 through Peter Gorman, The author of “Sapo in my Soul”. Peter is respected and regarded as the pioneer who brought this medicine out of the jungle, and to the United States. Sapo has a range of therapeutic applications- both medical, and energetic. It is often described as an “ordeal medicine”. Every ceremony is beautiful and unique in its own right, and requires a great deal of attention and focus. For the last few years Jay has hand selected his helpers and facilitators based on their experience with the medicine, their unique gifts as healers, and talent for holding space and being present so that at all times in ceremony you are protected and looked after. 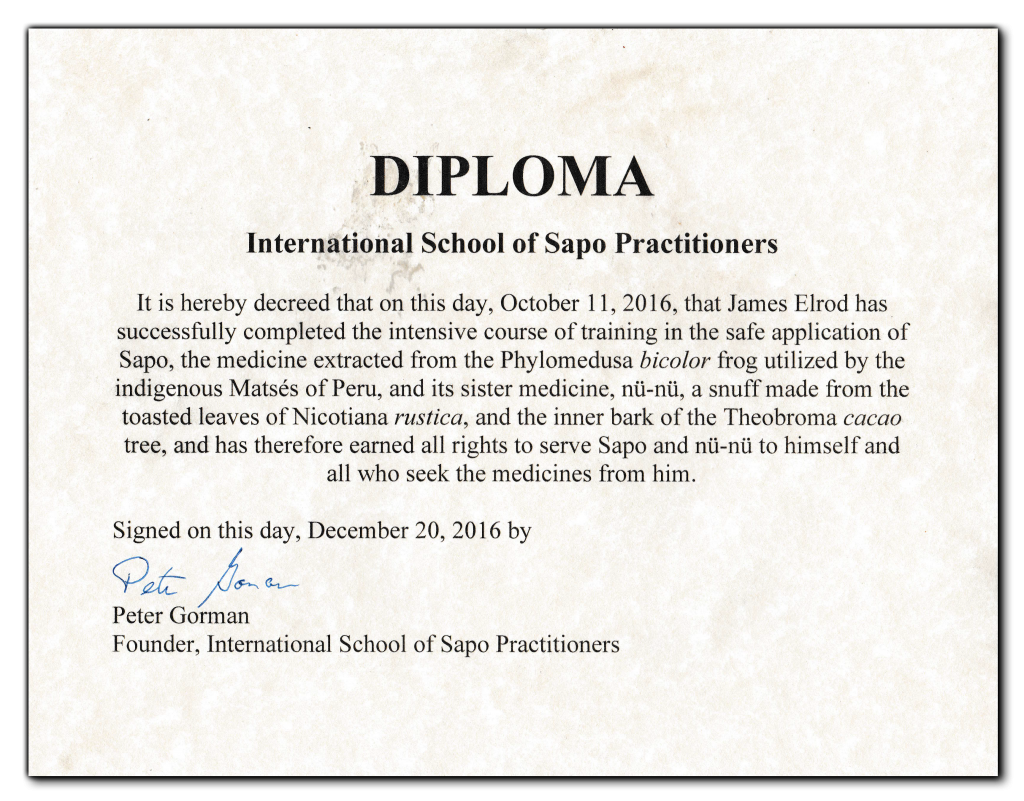 All information is for your practitioner to offer the safest ceremony possible, no information will be shared.
Contact Us